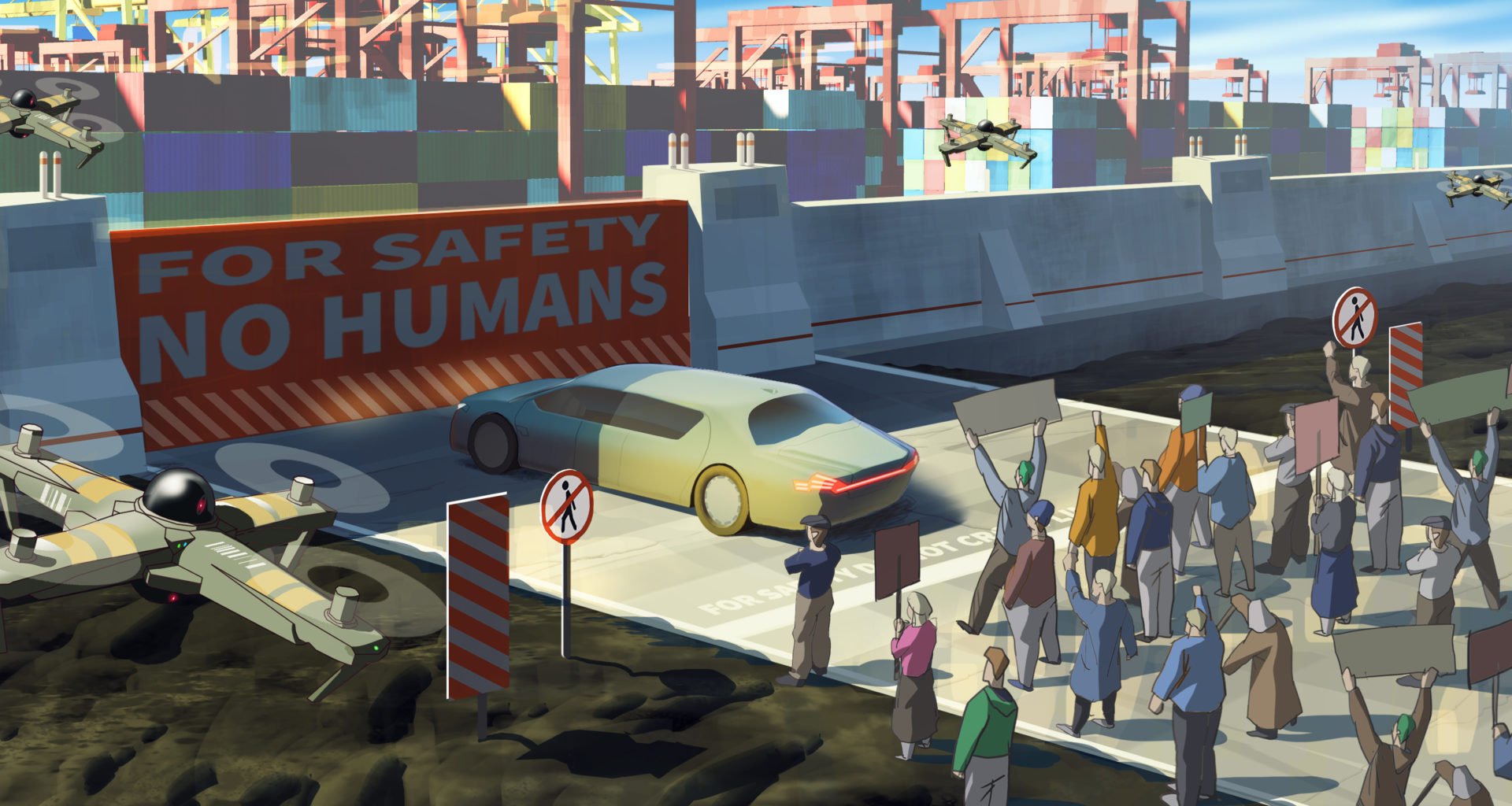 Writing what is in essence a book review isn’t something I thought I’d find myself doing at Port Technology. As we’re a publisher of academic, technical content, I was a little unsure of what to make of the idea when presented with a 7,000-word prose piece written by Dr Eva Savelsberg and Matthew Wittemeier of INFORM (and that was only Part 1, I was told!). However, having read plenty of INFORM papers, and knowing their propensity for breaking the mould with enterprising papers that synergize contemporary cutting-edge terminal operations with the dystopian visions from high literature and sci-fi classics, I was more than willing to take a look at what they’d created.

What I found was a delight. A piece of writing that took the concept of futuristic port operations and turned the way in which we look at them on its head. In literary terms, 2038: A Smart Port Story is a short story following our protagonist Douglas, an upper-mid-level INTERPOL employee interrupted on his holiday in the Blue Lagoon geothermal spa of Iceland by a serious incident in the local Port of Reykjavik. Douglas is aware of a growing ‘anti-tech’ movement that he fears could be tipped into revolt by the incident, which is allegedly down to an AI-controlled machine running into a human.

2038: A Smart Port Story explores the terminal of the future and the intricacies of technology and its impact on both the port industry and society. Join Douglas as he unravels the mystery around an incident at the Port of Reykjavik that sees an AGV collide with a human, leaving their life hanging perilously in the balance.

More from the World of 2038 – The Athena Interviews

The Athena Interviews is a series run in 2019 in which INFORM’s Matthew Wittemeier interviewed the main AI character from 2038: A Smart Port Story about a broad range of topics surrounding AI. In an interactive video format, readers/viewers are introduced to Athena as together they explore thought-provoking questions about the future of logistics, technology, and AI.

Missed the beginning of The Athena Interviews? You can pick it up from the start at PTI Exclusive: Athena Q&A Part 1.