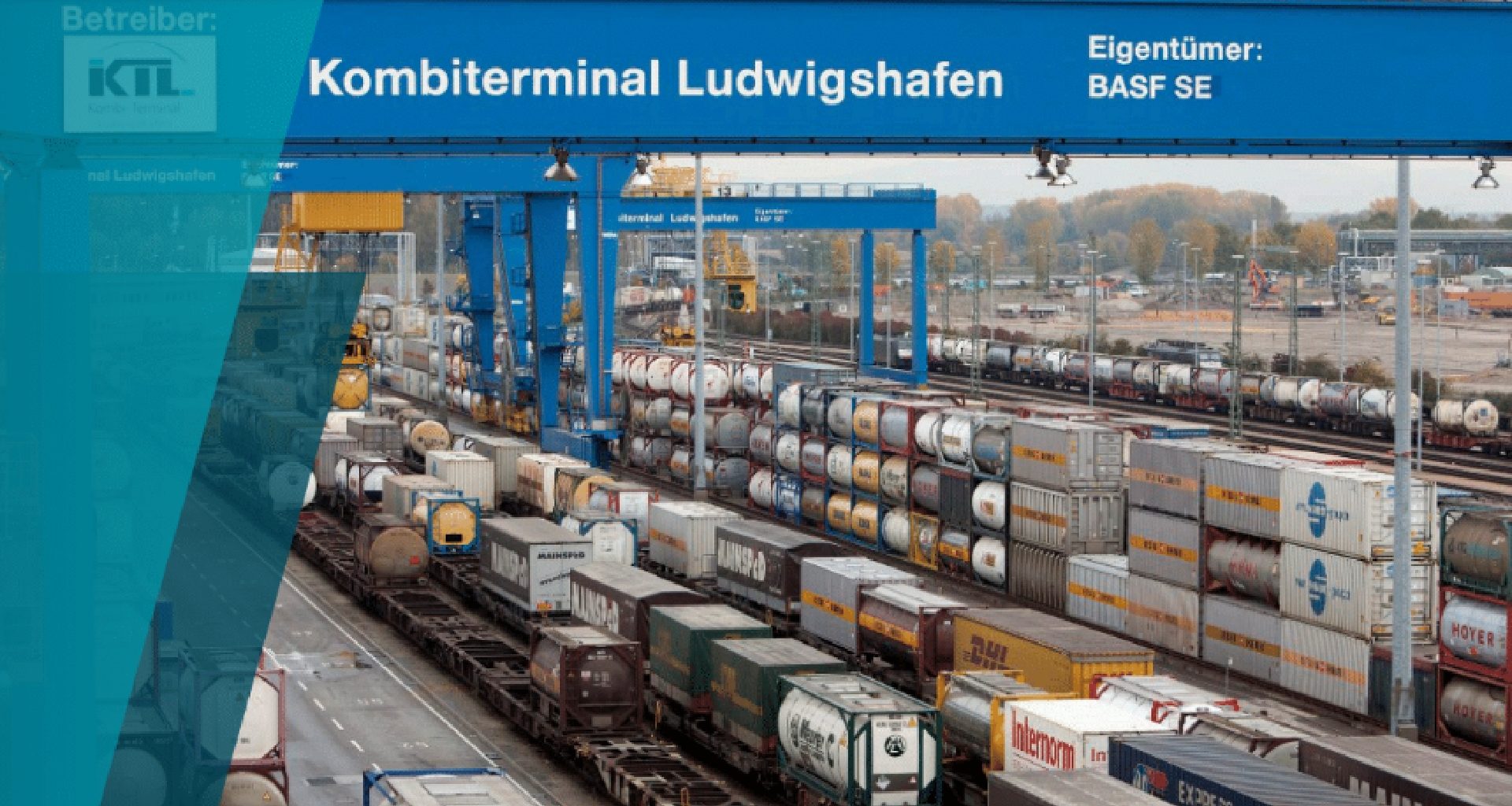 Operating a full-service intermodal terminal within the world’s largest integrated chemical complex is a tough challenge. Expanding it beyond its physical yard and designed capacity limits is an ambitious project, requiring not only a state-of-the-art TOS, but a TOS with optimization capabilities based on AI algorithms.

The terminal is owned by BASF and operated by KTL Kombi-Terminal Ludwigshafen GmbH. Besides BASF, KTL’s shareholders also include some of Europe’s heavyweights in the intermodal arena: Bertschi and Hupac (both from Switzerland) as well as Hoyer and Kombiverkehr (Germany).

The Fence Was the Limit

Key to KTL’s success in delivering high-class intermodal services has been a series of strategic expansion phases over the years. Founded in 1999, KTL began operations a year later with four transshipment rail tracks for all assets and resources within the terminal. Converting these work orders into move jobs and assigning them to the most suitable resource (crane, terminal truck, reach stacker) can either be done manually or by the built-in optimizers. INFORM’s optimization modules enable control room staff to make incredibly complex, time-critical decisions in real time, effectively removing human error from the assignment formula and allowing control room operators to focus on exception handling and customer service.

What does this mean in practice? Each truck driver gets an optimized sequence of pick-up/drop-off points within the terminal, each container and trailer are assigned an optimized storing position in the yard or staging area, and each equipment operator (reach stacker, terminal truck, crane) receives optimized instructions on what and where to move next, again, all in real time.

“Incredibly fast,” said Kai Rauprich as he described the speed of INFORM’s Train Load Optimizer (TLO). In the past, manual load planning was a time-consuming exercise that tied up substantial human resources and required special know-how. It had proven to be quite inflexible, particularly when trailers or trains did not arrive on time. What is more, labor-intensive changes to the wagons’ pin configuration were always unavoidable.

Yard space at KTL is extremely limited. Under each of the seven cranes, there is an almost endless number of bulk and box containers stacked three-high and in rows of two to six alongside the rails – many of them carrying chemicals and hazardous goods. To keep terminal operations safe and profitable, space must be used as efficiently as possible, and rehandles should be kept to an absolute minimum. “INFORM’s Yard Optimizer is the perfect tool to achieve this,” noted Rauprich.

Truck turnaround times used to be another pain point.

INFORM’s TOS is a key element in KTL’s digitalization strategy. Interfaced with other third-party systems along the intermodal supply chain, it provides a single and central solution for KTL to manage and optimize their terminal operations. “In the past, we had to check up to four different systems to track a single container,” recalls Rauprich. “Now, it’s all in one system, providing 360-degree visibility into our business.”

KTL’s TOS is connected via an EDIGES interface to various intermodal operators, including Hupac and Kombiverkehr. All information on incoming and outgoing train bookings is uploaded automatically into the TOS, reducing manual data entry to a minimum. Interfaces to the rail crane positioning system and Visy’s gate operating system (GOS) have been implemented as well.

Billing has also been made easier. INFORM’s TOS produces protocol for all billable events and communicates them automatically to DATEV, KTL’s accounting system, reducing errors and manual data entry.

Reporting is facilitated by INFORM’s Qlik-based BI tool. This add-on software offers trend analysis and forecasting, and has the power to drill down to the deepest level of detail to analyze each transaction.