Bob Dylan’s 1964 song, “The Times They Are a-Changin’” was written as an anthem directed at the social changes of that time. This paper looks at new business models ports and terminals can use, and in some cases are already using, to implement and manage emerging technology projects as well as review their strengths and weaknesses. While not an anthem, it is a call to action to shed light on the changing nature of the world around our industry. Contemporary technology is at a point such that business models themselves are feeling its influence. Therefore, in many cases, it is no longer expected that one can impose a business model on a new technological advancement within a port or terminal, but rather that the model itself must adapt because of the implications of the technology. Moreover, the past decade has reshaped our view of technology with the advent of smart devices and apps so that our once reliable, rigid business models now lack the flexibility required to be successful with new technologies.

THE TIMES THEY ARE A-CHANGIN’

Beyond the hyped promise of emerging technologies, automation has now been in operation long enough for data analysts to begin to isolate trends within datasets, which in turn creates new realms for data experts to explore. Such realms include data services, real-time collaboration, automated decision-making, safety and security, digital payment structures, and “green” services. New technologies and new realms of service also imply new operational methods of working, with data aggregation, analytics, and platform management all as developing fields.

Software as a Service

One could argue that gone are the days of ports and terminals offering up complex specifications for software developers to work to. Instead, developers are following the more mainstream trends of knowing their market and delivering a product that solves a problem. In this new development approach, there are a myriad of forms of business models, yet the ones that are most prevalent for the port sector are software as a service (SaaS) and the more conceptual “Ports as an App” (PaaA).

Subscriptions are common within a SaaS model in which the core level infrastructure is already built yet is malleable for a given user who can adapt it for their own needs. This model has been molded into the notion of “Smart Ports as a Service,” which follows the same structure and has been explored by the co-founder of the Octopi TOS system, Lou Castera. In the PaaA model devised by former World Economic Forum Lead of Ports & Shipping Wolfgang Lehmacher, cargo owners, shippers, providers, and supply chain players can all engage, do business, and collaborate in a new digital domain on a smartphone.

By their nature, SaaS initiatives remove many common barriers to entry into a software or technology platform, thereby creating new business realities on an easy-to-access, new platform. However, there remains the issue of whether a famously “conservative” industry would adopt such a revolutionary approach. Benlian, Koufaris, and Hess have outlined how SaaS expectations have not matched the reality in other sectors.

While “Big Data-based decision-making” is something of a catchall title, it can be broken down into more granular dimensions:

• Data as a Service (DaaS) This is focused on providing ports and terminals with a way to mine their own insights. DaaS hinges on a value proposition for supplying large amounts of processed data that allows them to provide a much better service for their customers. DaaS would also allow ports and terminals to work better with solution providers looking to use close-to-raw data to enhance their own offerings, and also with developers wanting to develop niche applications to address consumer pains.

• Answers as a Service (AaaS) AaaS is focused on providing custom-made answers to specific questions. This business model is the top of the pyramid when it comes to Big Data. The key to it is that, given a company’s ability to create a real, trusted value in the answers it provides to customers, customers will in turn exchange an increased amount of value in kind. This leads to increased collaboration and trust opportunities. Big Data also opens a variety of opportunities to ports and terminals regarding simulation/digital twin capabilities as well as furthering the capacity for port automation. The Port of Rotterdam has developed this capacity, which has allowed the port to make real-time decisions regarding key areas of its operations, and INFORM is currently working with customers to apply machine learning to big data sets to further enhance their optimization performance. Furthermore, it can lead to more port equipment-related developments, see ports become knowledge centers, build trust, enhance analytics, and increase safety and sustainability as well as boost profit margins. The cons of Big Data-based decision-making for ports and terminals surround the storage and security of huge data sets as well as ensuring they have knowledgeable and capable staff or access to experienced solution providers. However, several core considerations have been laid out by the EU-funded “Docks of the Future” research project that outlines several key issues regarding the utilization of Big Data in port and terminal projects. These are:

• Is information harmonized on all levels (standardization)?

• Given different countries vary in maturity level, can services really be synchronized?

• There could be connection issues between various platforms.

• Legal issues regarding the ownership/exchange of data (i.e., GDPR) must be reconciled.

With the world increasingly moving into new digital territory, ports and terminals are afforded new opportunities for growth and profit. Yet demands to ensure solid operational performance and a growing bottom line are still vital. Hence, many ports, terminals, and solution providers are finding that the will is there (both internally and externally) to try new ways of working, yet the fear of moving into the unknown, with its potential financial losses and lack of definitive success, is putting many off experimenting with new models of working.

This is where the activity/performance-based model comes in. It is a relatively new business model for the port sector that is centered on the notion of a given company being paid in a custom-made manner, depending on the quality of the service(s) it provides and the effects they have on the broader port/terminal operation.

Performance-based contracts have already been rendered moot for the container-handling side of operations as well as with regard to port congestion. For service providers that can become adept at co-creation and co-production with customers, performance-based contracts offer unique opportunities for the future. These include a closer relationship that will enable true collaboration and improved control over the outcome delivery together with the customer, adding flexibility in reducing the cost of performance while achieving better outcomes.

The drawbacks of this model include the difficulties in defining a performance standard in new operational fields, that some KPIs aren’t the fault of a company contracted, and that the cultural shift required to adopt this new model will certainly be an obstacle.

As 3-D printing becomes an ever-more-viable reality for businesses, ports and terminals can use this technology to reimagine their business models wholesale. After all, if cargo can be printed at the destination, this will significantly reduce the need for the plethora of long and environmentally damaging voyages container ships take on a daily basis.

While this may sound fantastical, 3-D printing isn’t just a pipe dream. Classification giant DNV GL is already engaged in research for the Port Authority of Singapore regarding the printing of metal equipment for shippers. Further still, Singapore has already built a 3-D printing plant alongside port giant PSA at their Pasir Panjang Terminal, which also features blockchain-based ledgers, and Rotterdam, too, is leading the way with regard to 3-D printing developments.

Such a model offers a much faster way to deliver goods, a far more environmentally friendly option than traditional shipping, customized production opportunities, and much lower transport costs. However, it’s not all positive. 3-D printing is still very expensive and would require extensive usage of raw materials. (Incidentally, this would likely see the bulk trade boom and the container trade wane.) Further issues abound regarding port/terminal worker job losses and the very real risk of counterfeiting – all of which is a discussion for another paper.

New models offer insight into the future ways in which ports and terminals can position themselves around technology initiatives. Each of the aforementioned models has the potential for cost savings, improved processes, and a greener way of doing business. That said, the core issue surrounding all of the models is the faith of ports and terminals in taking a chance in a wide-scale manner. When one factors in the mixed results seen so far with regard to automation in terminals, it is easy to imagine why an appetite for risk in technology projects is perhaps low.

While capital expenditure differs with regard to each model, a significant financial outlay should be expected regardless of the chosen business model (traditional included). Further still, the nature of each model has the power to change the operational center of the maritime supply chain, with the focus less on the physical movement of cargo and more on the aggregation of data and products in port areas. This reality could also see new business models needing a conceptual rethink with regard to port and terminal design. Port-centric logistics is a burgeoning field in which the needs of new technologies can be met, as the logistics process can be whittled down into the immediate port area.

While some ports are already making changes in their approach to technology projects, we’re still in an overall embryonic stage with regard to new business models becoming a full-fledged reality. While there is risk in change, there is also the potential for great reward … just remember the words of Bob Dylan: “For the loser now, will be later to win, for the times they are a-changin’.” 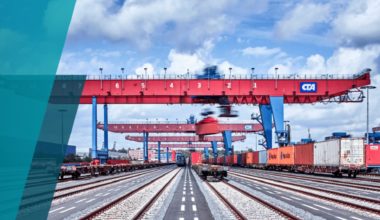 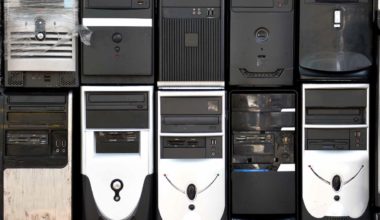 A HOW-TO GUIDE Due to issues such as demands stemming from increasingly advanced technologies, the “growing” impact of…
Continue Reading