“Screwed”: The Real Value of Data

I recently had the privilege of reading the book titled One Good Turn: A Natural History of the Screwdriver and the Screw by Witold Rybczynski. Putting aside the odd choice of evening reading material, it was fascinating to learn that the screw, despite having been invented as early as 400 BCE, wasn’t prominently used in any industry until the early 1930s, and it got me thinking. You see, the story of the screw, and subsequently the screwdriver as the two go hand-in-hand (pun intended), is a tidy analogy of the state of maritime technology and perhaps an omen of things to come.

The Quick History of…

…the Screw. As early as 400 BCE, the technology that underpins the screw emerged with bespoke applications in wine presses, olive oil presses, and pressing clothes. Made of wood, these early screws were very limited in their application, and there is no record of them being used in any of the applications we see them in today.

Screws started to appear in the early to mid 1400s. They began to replace iron nails in bespoke applications such as the manufacturing of armor and guns. In the mid 1500s, screws were used in watches and clocks – yet they remained unstandardized and individually produced. It would be some 200 more years before an industry arose to produce them. Fast-forward to the late 1700s, when the Wyatt brothers of the English Midlands patented a method for producing screws at scale, converting a disused corn mill into the world’s first screw factory, driving down cost, and improving quality and consistency.

…the Screwdriver. The screw had arrived, but it was still far from what we picture when we think of today’s screw. But more on that later. First, we must take a quick look at the screwdriver’s history, as anyone who’s worked with screws knows the screw is useless without the screwdriver.

The first true screwdriver-like tools – something we’d recognize today – began to appear in France in the mid 1700s. As with the screw, early screwdrivers were bespoke instruments that were an investment. Their distribution was limited to craftsmen.

Data and the Screw

Data is the digital screw, figuratively speaking. Data has moved from being a simple byproduct of the application of technology to being its focus. We’ve moved from ignoring the data produced (focusing on outcomes) to asking what to do with it (Big Data revolution) to now actively designing software to produce good, structured data that is usable straightaway as an additional outcome of the system (BI-driven development).

Like the screw, data has evolved since the invention of computing. What was once stored on punch cards, floppy disks, hard drives on PCs, and then servers is now available in vast databases and data lakes in the cloud. And increasingly, the USB thumb drive is disappearing. Data, once reserved for computer nerds in the 1970s and 80s, is today ambiguous with the very nature of what it means to exist in a digital world, just as the screw has become central to the fabric of our physical world.

The real challenge for the screw was not one of technical iteration. Over time, the screw slowly underwent incremental technical improvements: a material change from wood to metal, moving from hand production to machine production, the tapering of the head from flat to pointed (important because it allowed for self-tapping and no longer required predrilled starter holes). These propelled the screw forward until the early 1900s, when Canadian inventor P. L. Robertson invented the square-drive screw and the square-drive screwdriver in parallel. It was the first move away from a flat-head screwdriver and marked a distinct change in the trajectory of the screw. Rethinking both the screw and the screwdriver together helped the screw move out of the traditional silos of building and finesse manufacturing into the modern manufacturing age. The Robertson screw allowed for greater torque as the screwdriver did not slip in the head of the screw and was used prominently in the Model T mass-produced by the Ford Motor Company.

Of course, innovation like this has continued well into the 20th century with the invention of the Phillips head screw (aka the “cross-head,” probably the most commonly known screw head type), Torx head, and tamper-proof screws to name a few. While each of these is a distinct iteration of the screw and provided a more refined purpose, they all capitalized on the insight that Robertson brought to the table – evolving the screw and the screwdriver together. It was a paradigm shift on a parallel with that of McLean’s concept of containerization, which transformed the maritime industry.

Today’s screw and screwdriver are high-precision tools. This is clear when you look at a screw; they come in specific lengths, diameters, and head configurations. What you’ve probably not noticed is the exacting standard of the threads that allow them to be interchangeable. The lack of thread standardization was also a significant challenge in the development of the screw. Despite the large-scale manufacturing of screws in the 1700s, it would take nearly another 100 years for a standard to develop for the threads, with multiple standards developed and introduced in the mid to late 1800s. Over time, these various standards were reduced to just two: the Unified Thread Standard (based on the empirical measurement system) and the ISO metric screw thread.

Industrialization was also to play a key role in the development and adoption of the screw into our everyday living. The first industrial revolution ushered in the conditions for machine-based production aided by power systems (largely steam- and water-based). The second industrial revolution leveraged the advancements of standardization to drive mass production. It brought us the Model T, which used over 700 of Robertson’s square-headed screws. Mass production and the assembly line brought with it the need for a binding tool that was quick, and this is where the Phillips head screw proved superior to the Robertson head screw as it was compatible with automated screwdrivers used at the time. The technical development of the screw and screwdriver aside, both standardization and the first two industrial revolutions are ultimately what propelled the screw and screwdriver to their current prominence in manufacturing, our everyday life, and likely one of your kitchen drawers.

The screw, on its own, struggled to be anything more than a niche technology. History shows us that without the invention of the screwdriver, the development of standards, and a move toward efficiency, the screw probably would have struggled to gain mainstream acceptance. Like the screw, data on its own has limited applications. In 2012, it was estimated that only 0.5% of data was analyzed. While we couldn’t find an updated estimate of this number for 2020, it is difficult to imagine it has jumped significantly, especially when you consider that we’ve increased the amount of data available to us fortyfold.

The question is no longer, “Do we have enough data to analyze to make informed decisions?” In fact, it isn’t even, “Is the data available to us good or not?” We’re living in a time when the quality of data has never been higher. In 2012, it was estimated that the quantity of “useful data” – data that could be analyzed – accounted for 22% of the one zettabyte of data that existed. Today, that number has risen to 37% of the 40 zettabytes of data available. In case you’re wondering (we were), a zettabyte is a one with 21 zeroes behind it! You’re probably comfortable today talking about terabytes, or a one with 12 zeroes behind it. The real question is one of computational power. With so much data available to us, the human brain alone is incapable of comprehending the sheer quantity, much less weeding out the inherent quality and subsequently finding insights therein. Like the screw, the story of data requires a counterpart to enable its real potential to shine. That “tool” is AI, and its “head” of choice is machine learning.

A Storm Is Brewing

Time doesn’t stand still. Many argue whether we’re living today in the third or fourth industrial revolution. Some argue the third is/was typified by the emergence and prevalence of the digital revolution. Case in point – when was the last time you argued whether you require a TOS to run your terminal? The fourth revolution is also no stranger to the maritime industry, focusing on IoT and automation. Clearly, we’re tracking strongly into this era, with highly automated maritime terminals becoming increasingly commonplace.

All of this data is presenting new questions to the maritime sector around standardization, data ownership, and data exchange. We’ve seen progressive conversation herein over the past 24 months.

At INFORM, we’ve seen the value of data growing over our 25-plus years in the industry as a software supplier. Our AI and OR-based algorithms render a wide range of terminal processes more efficient, from train loading operations to vehicle and container movements. In 2018, we asked whether we could apply INFORM’s broader experience and machine learning (ML) algorithms to terminal operations and set off on the first in a series of ongoing ML assessments to identify ways to assist terminal operations and port authorities in leveraging their data to improve operational performance. In our paper featured in Port Technology’s Edition 83, “Machine Learning in Terminal Operations,” we delved into multiple applications areas of ML, and we’re putting that to use in customer ports even as we write.

It is no longer a question of whether data has value. In the same way that we view the screw and screwdriver as commonplace today, we will soon view data and ML as part of our everyday business toolkits. And, like Robertson’s screw-and-screwdriver paradigm shift or McLean’s concept of containerization, we’re now at the precipice when understanding that AI-enabled software and ML will transform how we engage with data.

Today, the real question is whether you will use these “digital screws” to build the foundation of your future or stick with the flat-head screwdriver approach. 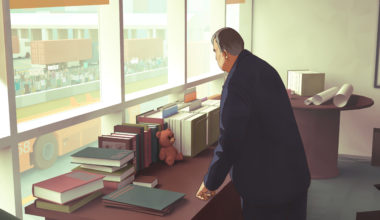 In the second interview of 2021 in our exclusive series in partnership with Port Technology, INFORM’s Matthew Wittemeier…
Continue Reading