I’m a millennial. Because of that, you could very successfully argue that I’m biased in my opinion toward millennials. That said, if you know me, beyond my opinion that there is a technological solution to most problems, you could argue the counterpoint, chiefly, that I’m a grumpy old man stuck in the body of a 30-something-year-old. To be honest, I self-identify more with the latter view of my persona. Why does this argument matter? Well, because millennials matter, and at face value, I don’t think you’re likely to believe me.

Well, you made it to paragraph two, so some part of you is at least curious. Yes, yes, yes – we’ve all heard it before, that millennials matter and that we should be more mindful of this up-and-coming demographic. But I’m going to avoid the cliché arguments here. Millennials matter to maritime because they are the generation that is going to inherit the industry more than any other generation. I can back this up in three short points.

There aren’t any firm numbers on the demographics of our industry. In my day job, I work in marketing, and these numbers would be gold. I’ve searched and searched, but never found any I could trust completely. However, if you take a look around at conferences, at expos, in your boardroom, on your team, or on your terminal, I think you’re likely to see what I’ve seen over the past four years. Our industry is predominantly old White guys. Let’s put aside the “White guys” part of that. That’s a completely different discussion for another day. But we do have an industry that is mostly old. I’d venture a guess that if we factor in the upcoming late-60s or early-70s retirements (ambitious, I know), we’re going to see a mass exodus of knowledge and wisdom in the coming 10 to 15 years.

Yeah, we’re going to attract some Gen Xers (people currently in their 40s) to our industry over the next decade. Most likely, that will be in mid- to senior-level roles, and that’s a great thing. But if you look at the sociology of how humans work, Gen Xers are career-focused and have been building careers in other industries for two decades now. The likelihood that we’re going to convince them to move to maritime is remote. A LinkedIn study found that Gen Xers and Baby Boomers were only a third as likely to switch to new industries as millennials. Millennials are also 50% more likely to relocate for a new job than Xers. Add to this that the same thing that makes it hard for competitors to move into our industry obstructs new people trying to do so as well. We’re niche, and the requisite domain knowledge is high.

Point Three – The talent we need, millennials have.

Business has become digital, and doubly so during the present coronavirus pandemic. Technology underpins nearly everything we do, and this trend will only accelerate over the coming decade. Millennials have grown up with digital technology at their fingertips from a very early age. Many argue that they are the first “digital natives.” This is typified by an entirely different way of thinking, akin to the Whorfian Hypothesis, which says that one thinks differently when thinking in different languages. In line with their digital-first thinking, they’ve pursued educations in technology-related fields at a rate never seen before and have started pursuing careers in these fields.

What can you expect from the webinar? 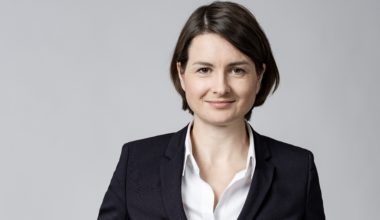