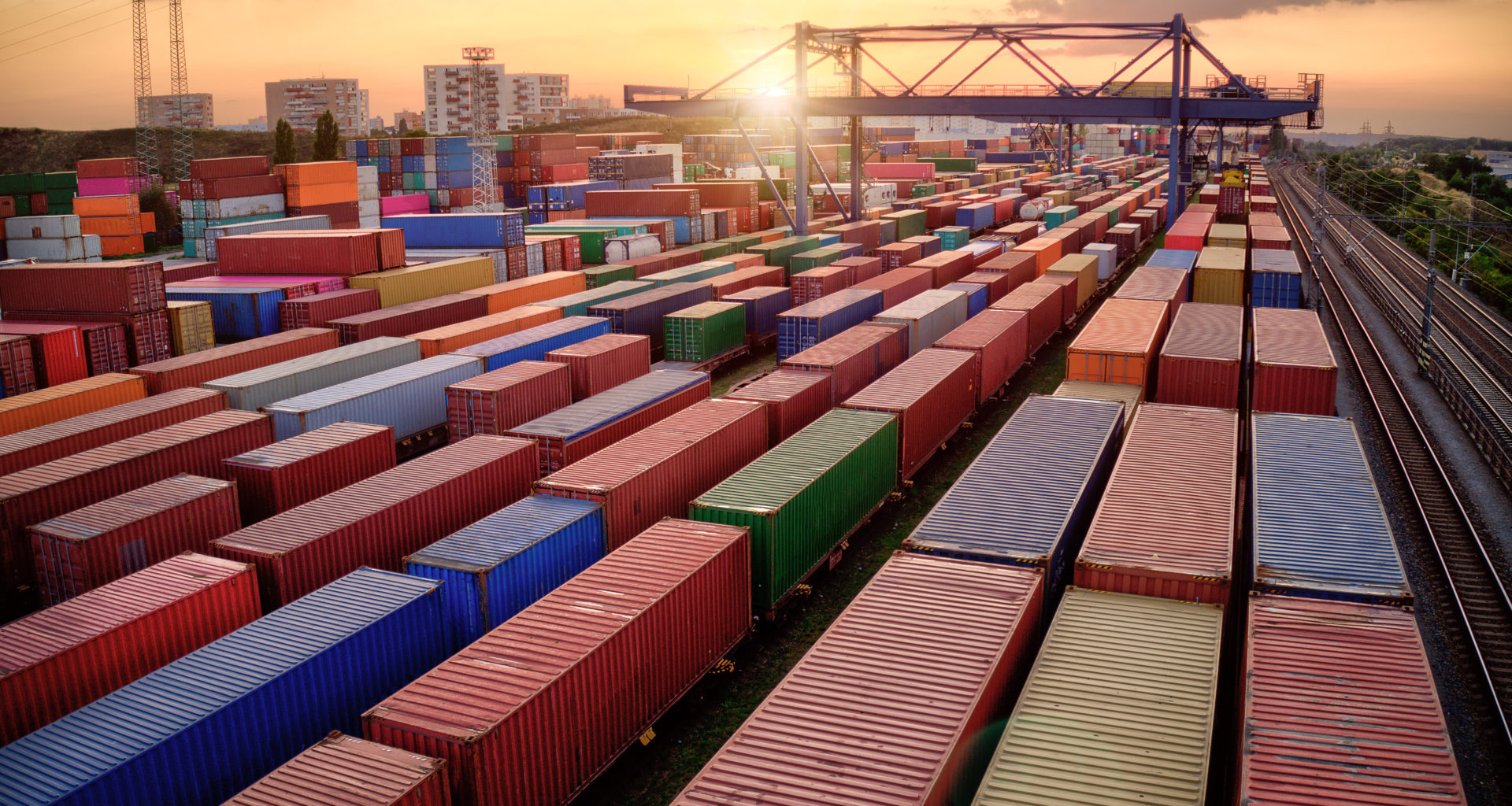 American writer Walter Lippmann once wrote, with regard to automation, “You cannot endow even the best machine with initiative.” The notion he was presenting is that robotic equipment can’t think for itself – it does what it is programmed to do. Nothing more and nothing less.

In the early 1900s, that was most certainly correct. Today, however, that line is blurring at an increasing pace as AI and Operations Research (OR) based software allow their physical robotic (ormanned) counterpart equipment to operate with a heightened sense of awareness of the world around them rendering automated processes more intelligent and efficient.

Within the maritime industry, automation is not a new concept. With varied successes and failures over the past two and a half decades, we’ve come up with solutions to many of the challenges facing automation and, of course, have many more to overcome. When we think about automation, what is the first thing that comes to mind? RMGs? STS cranes? Heck, what about autonomous ships? One would be rightly justified in any of these lines of thinking … but what about automation for rail operations?

This paper explores automation solutions available for rail or intermodal terminal operations. In doing so, it goes beyond the typical “autonomous equipment” thinking to explore how automated decision and decision-support software, such as INFORM’s Syncrotess, can address trainplanning, container handover, loading, discharging, and continuous improvement within rail operations while adding a degree of intelligence not yet experienced in automated rail operations.

Gone are the days of a dispatcher sitting down and manually planning your outbound trains. This statement is harsh, perhaps, but honest. Utilizing AI- and OR-based algorithms, INFORM’s Syncrotess Train Load Optimizer (TLO) cuts down the time it takes to plan an outbound train from hours to minutes by automating the planning process using cutting-edge algorithms. Customers big and small, such as GCT Deltaport, DP World Vancouver, KTL, and Samskip, have placed their trust in TLO to plan their rail operations. “INFORM’s TLO generates an optimized train load plan at the push of a button,” said Peter Newerla, Supervisor of Rail Terminal Operations at Samskip, “and the folks out there know if and how they have to change the pin configuration … and all move jobs are generated and sent to the reach stackers, tractors, and cranes. It’s so easy.”

The handover point between rail operations and the yard is an often-overlooked opportunity for efficiency gains within rail operations. INFORM’s Syncrotess Rail Scheduler has been designed to leverage the powerful AI/OR optimization engine of Syncrotess to address this common pain point in a fully automated manner. Rail Scheduler automates the decisions of which containers to bring to the rail transfer area and at which time the transport jobs should occur. From there, it carefully selects a highly suitable transfer point to minimize loaded-crane travel distances. These transport orders are sent out to the necessary transfer vehicles via a terminal’s existing TOS, ensuring there is no additional equipment in the transfer vehicles and nothing new for drivers to learn. “There are a lot of ingredients to the Deltaport Rail Expansion Project’s ‘cake,’ but without a solid Rail Scheduler, these results would not be possible,” added Iain McChesney, Operations Superintendent at GCT Deltaport.

In a perfect world, a train load plan would be implemented without issue, but no terminal operates in a perfect world. Instead, TLO dynamically adjusts to the real-time demands of the terminal environment, adjusting the train plan in real time to account for new containers becoming available and previously planned containers not being available or becoming less “attractive” for loading as the loading process works toward one of its ultimate goals – an on-time departure.

Working to the highest standards, TLO considers all loading restrictions both during the planning phase and in real-time operations (e.g., weight limitations, stacking constraints, dangerous goods, etc.). This typically was determined via manual inspection or by railway companies, further reducing the quantity of manual labor required to plan a train and rework that plan to adjust to real-time demands. The planning criteria can be customized to ensure it favors an operation team’s preferred operational outcomes, helping them reach their organization’s specific KPIs.

Rail Scheduler has a significant impact on the overall efficiency of the real-time loading and discharge of containers from a train. It works to automatically adjust a crane’s schedule according to the job progress and the crane’s actual position, as well as automatically adjusting workload distribution to account for planned breaks, planned maintenance, and unforeseen disruptions to workflows. Finally, as a crucial element driving on-time departure success, Rail Scheduler automatically prioritizes the last several loading moves to ensure a train is ready for an on-time departure.

“Many of the incoming trains are not punctual,” says KTL Managing Director Ralf Dahlinger, summing up one of the main problems his day-to-day work involves. “Even though there’s a timetable that is exact down to the last minute for every train, our internal goal is to hand over 98% of all punctual, incoming trains on time. In fact, we achieve almost 100%. The rate is excellent for trains that don’t arrive on time, too. Out of the 1,000 hours of arrival delays per month, only around 75 hours are left on exit – one of the main reasons for the terminal’s success.”

Two “Minds” Are Better Than One

The age-old adage that “two minds are better than one” applies to AI systems too. When both the Train Load Optimizer and Rail Scheduler are enabled, they improve each other’s overall performance. TLO works in alignment with Rail Scheduler to seamlessly provide train stowage information, which in turn is used by Rail Scheduler for scheduling loading (and discharge) operations. In many instances, these two processes are run by different departments/people within a terminal. The combined efficiency of the automated solution cannot be understated.

Not Just for the Big Players

INFORM’s solution for automating rail operations isn’t just for the big players. In fact, most rail and intermodal terminal operations in the world are small in comparison to the seaside operations of a maritime terminal. It’s been designed from the ground up to be deployed to medium-sized terminals and up. Recently, INFORM has also begun investing in a “lite” version of the Train Load Optimizer, TLO Solo, which will be a completely standalone, cloud-based train load-planning resource for smaller terminals.

This paper has sought to focus on the gains from automating rail processors, but the Syncrotess solution adds significant value across the terminal with a broad range of optimization solutions that set the bar for improving automated terminal efficiency. These range from our standout Yard Optimizer, which can significantly reduce rehandles, especially when paired with our Machine Learning Module that improves the accuracy of data when unknown by their TOS, through to the Syncrotess Vehicle Optimizer, which renders a terminal’s transport vehicle fleet (e.g., AGVs, straddle carriers, RTGs, RMGs, etc.) more productive, reduces empty travel, and decreases maintenance costs.

In short, automation has promised a lot over the years, and the focus has predominantly been on STS and yard operations. As rail continues to play an ever increasingly important role in the movement of goods into and out of our maritime terminals, it is time to move toward automating rail operations, and starting with the software side of the automation equation ensures that the intelligence that drives the decision-making is right before heavily investing in the “dumb” automated hardware Lippman was referring to in the early 1900s. 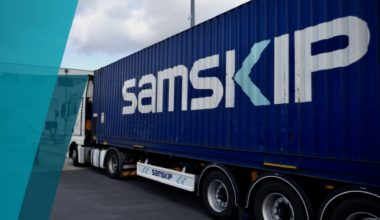