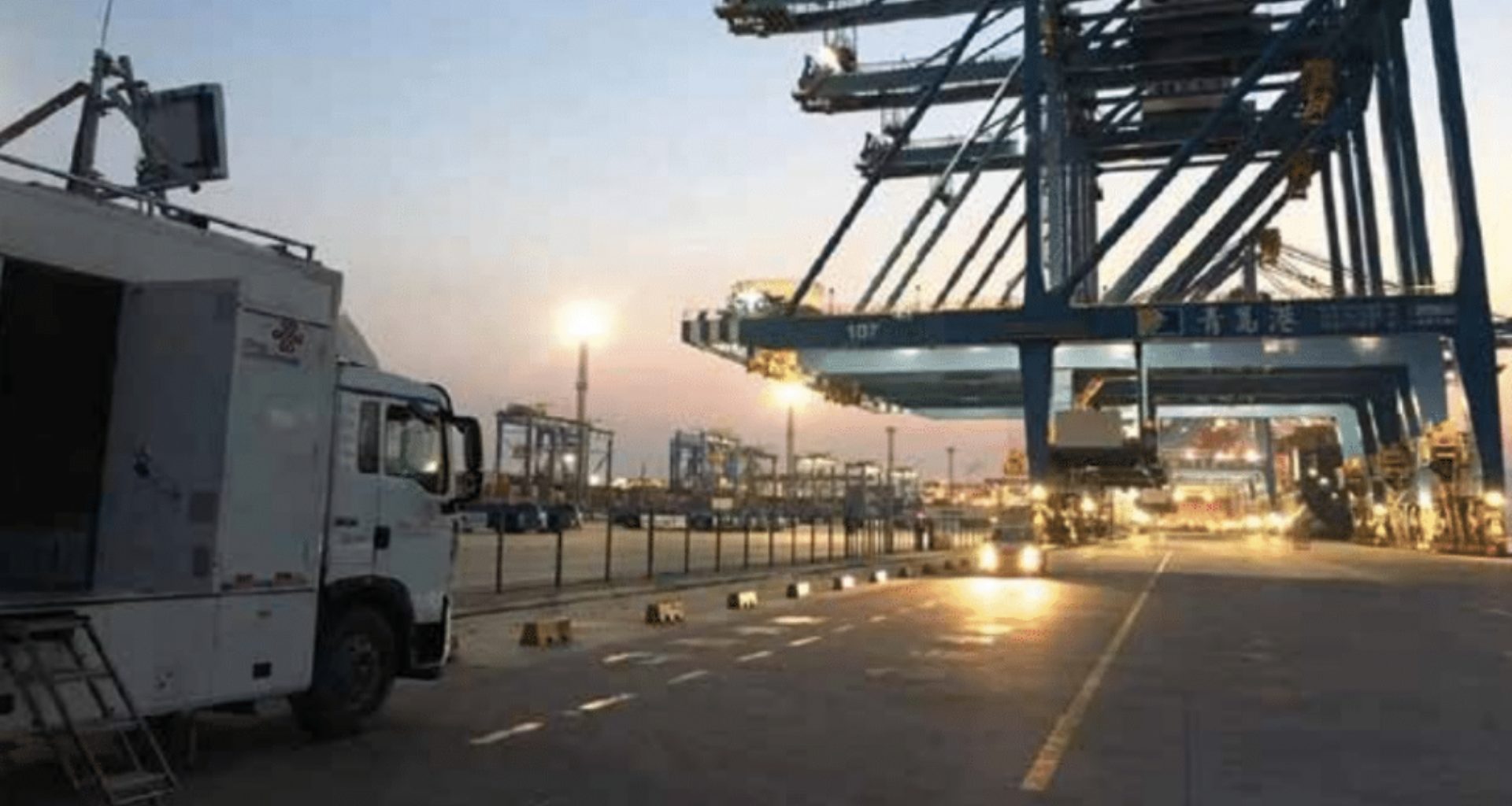 In 2018, we released our first emerging technology article and kicked off 2038: A Smart Port Story Part 1 – our vision of the port and terminal industry in 20 years’ time.

As our second installment of the emerging tech article from 2018, this two-part series will explore a handful of emerging technologies that are starting to shape, or have a high probability of shaping, the future of our industry in Part 1. We have also elected to go one step further this year and add in some of the strategic trends that are also impacting the adoption of technology in Part 2.

There are four emerging technologies that are worth monitoring in 2020, namely 5G, gamification, blockchain, and artificial intelligence (AI). Like in 2018, let’s define each and then look at a usage example within the ports and terminals industry.

Fifth-generation wireless, or 5G as it is commonly known, is the next generation of mobile technology. 5G utilizes a broader spectrum of frequencies, moving into the infrared range and allowing for much lower latency (faster data exchange) and more simultaneous connections. The application of these improvements is well documented and, notably for maritime, they include machine-to-machine (M2M) communication, improved autonomous vehicle-to-vehicle (V2V) communications and coordination, and improved wireless network connectivity over traditional wireless networking protocols and standards.

While there is currently a lot of hype about 5G, the reality is that the standards that will ultimately govern the technology are not yet fully in place globally. We are expecting this year to be a big one for 5G as these standards start to come into effect and an increasing number of manufacturers include this as a standard in their equipment. In short, stay tuned.

Gamification is defined as the application of typical elements of game-playing (e.g., point-scoring, competition with others, rules of play, etc.) to other types of activity. Gamification is not a new concept. No, it’s been around since the early 2010s, but it is on this list because 2019 is the first year we have seen applications within the terminal industry. The extent that gamification is a product or byproduct of society set aside, since 2010, this is something that has become increasingly common in software design as a means to improve user engagement and productivity.

In 2038, we hypothesized that the terminal operator of the future would use gamification to encourage improved performance and reward human operators. These were obvious, “low-hanging” fruit. We also took it a step further and outlined that, when interconnected with a machine learning algorithm, a gamification system could be used as a tool to assess human behavioral patterns.

Combined, these two applications of gamification could become a powerful tool in any terminal operator’s bag of operational resources for improving efficiency and learning new ways to deal with familiar and unfamiliar process challenges.

Blockchain was on the list for 2018, so the definition we applied previously still applies. Blockchain is a technology platform that provides a secure, digital ledger in which transactions are recorded in chronological order and made public across multiple nodes that hold a shared copy of the ledger. Blockchain, as a technology solution to broader digitization challenges, is the technology of choice for 2019.

Yet we have to admit we are really surprised by this position. Blockchain keeps being sold as the secure and trusted database solution. Hold on. Were we the only ones to read the MIT paper released in early 2019 outlining the security vulnerabilities of blockchain as a technology? It is worth reading on its own, but here’s the short version: it outlines multiple ways the once unhackable blockchain is now being cracked more often than you might think. At the time the article was published, hackers had managed to steal nearly 2 billion USD worth of cryptocurrency.

When you take away the security of blockchain and add in the environmental impact of the technology (some blockchain applications consume as much energy to mine as that of nations like Ireland), we really need to ask if we’re just jumping on the bandwagon because we like the buzzword.

AI was on our list in 2018, but it has a deserving spot again. As a broad term to describe a lot of individual technologies, artificial intelligence is an area of computer science that’s concerned with building systems that demonstrate intelligent behavior.

The simple truth, however, is that today, AI is far beyond this. Instead, AI vendors have succeeded in building niche, or so-called Narrow AI, systems that know how to do reasonably specific things very well.

Examples of Narrow AI are playing chess, translating between languages, understanding natural language, or driving autonomous vehicles. It is these Narrow AI systems that are now making their way into our industry at a rapid pace as part of the “Fourth Industrial Revolution.”

In 2018, INFORM was nominated as “one of the 20 most-promising artificial intelligence companies globally.” From a technology sense, the line between the Operations Research (OR) algorithms and what many would describe as AI is very blurred. In this sense, we’ve been providing niche AI systems to the terminal space through our Optimization Modules for some 20 years.

Practically speaking, these add-on modules allow terminal operators to add intelligent decision-making to support specific aspects of the terminal operations – from train load optimization through to vehicle optimization – and many applications in between.

Again, machine learning was on the list in 2018 and we saw almost all of the major maritime technology providers move the needle with respect to ML last year, with real promise for 2020.

In contrast with General AI’s goal of mimicking human intelligence, machine learning tools use algorithms to iteratively learn from and adapt to data, enabling computers to discover previously unknown insights.

A beginner’s example for this can be found in your email inbox: spam filters. Simple, rule-based filters are not very effective against spam since spammers can quickly update their messages to work around them.

Instead, ML-enhanced spam filters continuously learn from a variety of signals and tailor themselves to the email needs of the individual user. ML is already making its way into terminals around the globe as a means to mine data to improve processes.

INFORM has authored two technical papers on the application of machine learning in terminal operations. They are available via our website in the download section. With practical applications that can be implemented today, including predicting crane execution times, container dwell times, outbound mode of transport, and equipment maintenance schedules, INFORM already has a broad range of proven ML insights.

That said, the reality is these only scratch the surface of what machine learning can achieve. Where a port terminal has data, a solution provider with the experience to leverage that data can help them convert it into know-how.

Yet it must be considered that machine learning is only one half of the equation that leads to better terminal operations. ML can help understand what has been completed in the past and glean insights therein, but in doing so, it will only ever be as good as it has been to date.

The second half of the equation includes pairing AI and Operations Research algorithms that are good at assessing future possibilities and coming up with acceptable solutions to unknown future problems.

As noted at the start of this paper, this is a two-part series with the second part due next month. In Part 2 we will be delving further into some of the strategic trends that are also impacting the adoption of technology in the maritime sector. We will show that this is the more important half of any technology conversation – stay tuned.